2015 Toyota Camry 2.0 turbo could add some zest to the company's leading seller 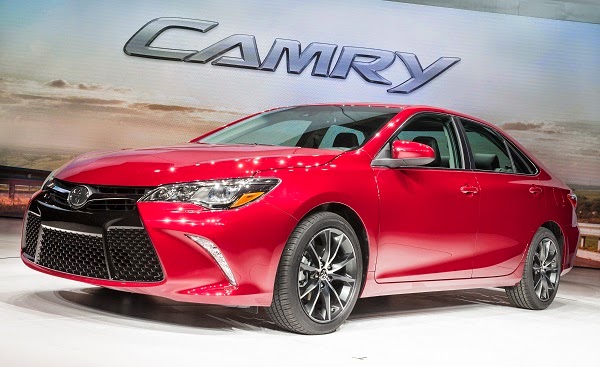 Toyota has confirmed both a new Camry design, and separately, a new 2.0 liter turbocharged engine in the Lexus family. This is could be a match made in heaven.

Automakers in the US market struggle to make space between their models and the 2015 Toyota Camry will be no different. Luckily for Toyota its Camry is front wheel drive and its similarly sized Lexus models are rear, or all-wheel drive. When it arrives late fall the new Camry will have a dashing new design crafted after the new Corolla and new Avalon, both of which saw sales gains after the styling changes were applied. However, Toyota has not (yet) announced any new engines for the Camry. That could soon change.

New Turbo Engine First Appears this Fall In Lexus
In just a few short months the 2015 Lexus NX 200t compact/mid-size crossover will begin sales in the US market. This vehicle will be the first in the Toyota/Lexus/Scion to use the company’s new 4-cylinder, 2.0 liter turbocharged engine. Toyota and Lexus executives have made it no secret that the engine will eventually migrate to other models and brands in the family. This new engine in the Toyota Camry would fill a need the company has recently created.

New Trims Already Announced In 2015 Camry
The 2015 Toyota Camry will have a new model trim that combines the popular sporty look of the SE and the plush and powerful XLE with its available V6 engine. Called XSE, the trim will provide customers with an option for both sporty looks and comfort. However, this leaves space for a dedicated sporty Camry that does not intrude on the Lexus IS line of rear-drive, V6 compact sport sedans. If Toyota were to offer a new trim level with the Camry SE looks and turbocharged engine, the model might stand alone well in the line-up.

Camry Turbo Could Be a Great Family Addition
A Camry SE turbo in 2015 or 2016, priced below the V6 XSE, might draw in customers from the Scion family looking to step up to a family car, but not give up driving excitement. If the 2.0 Turbo Camry has better fuel efficiency than the current V6, and we assume it would, the car could make sense economically as well as stylistically.

Torque News is scheduled to drive the new NX 200t crossover in July and we will issue a full report. Our full attention will be on the NX, but we will try to also consider our impressions of this new high-toque engine and its possible applications in Toyota’s most popular vehicle.
Posted by Stokes Automotive Group at 3:43 PM